This recipe is entirely Sabrina Ghayour’s fault. A lot of my cooking is her fault, to be honest.

She posted a photo of these bulghur wheat balls, and I remembered I had a pack of the wheat to use up, so I hit the kitchen, soon discovering that I didn’t have coriander leaves, or an onion.  Or dried cranberries. Or quite enough bulghur wheat. So here’s where the winging it started.

(NOTE: I suspect I hadn’t cooked the wheat for long enough as the stuff WOULD NOT stick together so that’s why I have ground almonds and gram flour in my version. More winging it.)

Cook the bulgur wheat for a little longer than the packet instructions say, so it’s very puffy, about 20 minutes. (My pack said to cover with water and simmer until all the water had gone, so that’s what I did.)

Rinse under cold water to remove the starch and leave to drain until cool enough to handle.

Mix all the ingredients, except the oil, for the bulgur wheat balls together. Mix it really well to make sure the flour is distributed.

Squeeze the mixture using your hands so it sticks together. If it won’t hold, add a little more gram flour.

I took half a packed cup of the mixture, and shaped it into burgers. The mix made 2 big burgers, and 3 little balls shaped with a cookie scoop.

Heat a frying pan that can also go in the oven and add the oil. Heat it gently, then once hot add the burgers carefully and fry or 3-4 minutes on each side until they go golden.

I finished them in the oven for 5-10 minutes to make sure the gram flour was cooked out.

I served my one in a brioche burger bun, with tahini slathered on both buns, fresh mint leaves, and a drizzle of pomegranate molasses for a delicious tang.

I really liked this, and will make it again for certain. Just need to buy more bulghur wheat… 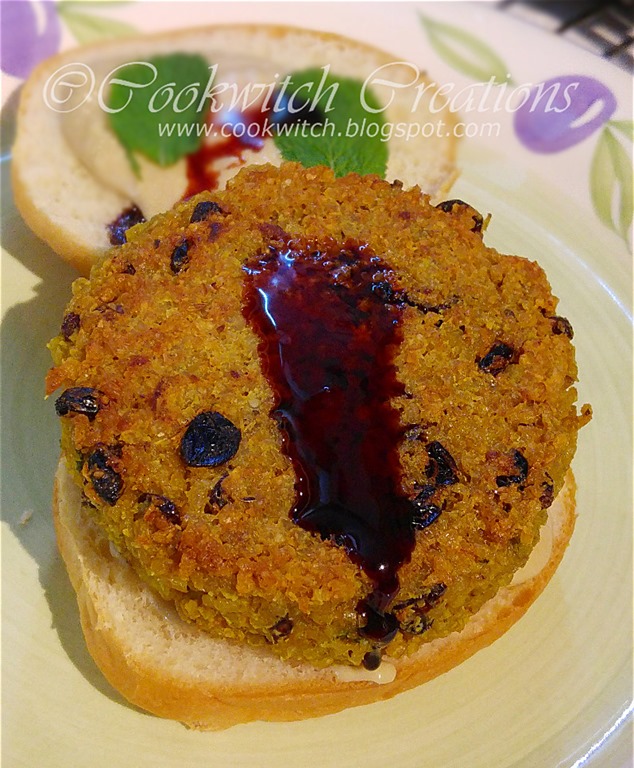 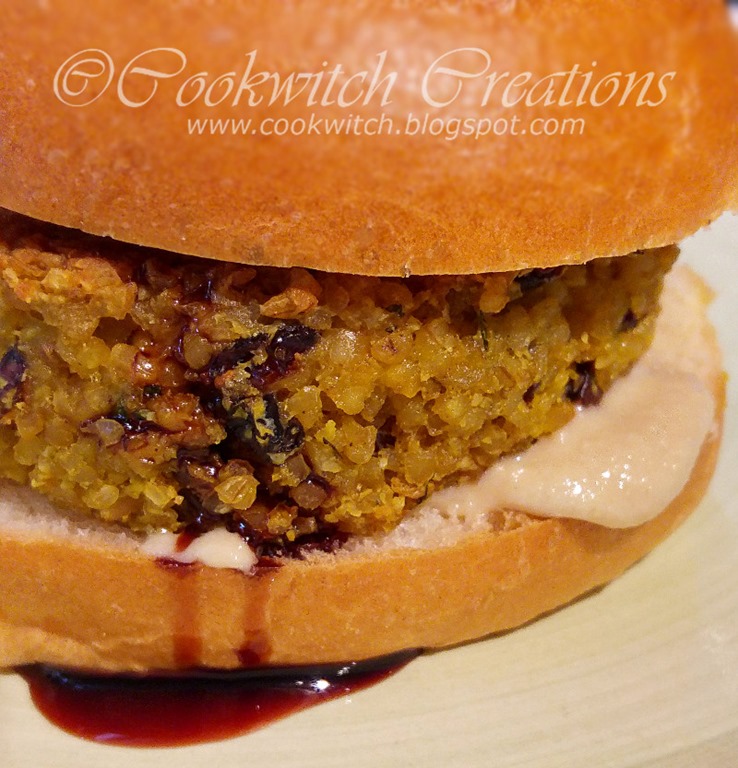