Orthodox Easter can’t be pinned down. It wanders about, never in the same place. Every year those of us without a Greek family group nearby to remind us, Google “When is Orthodox Easter?” with the vague worry that we might have missed it. The Orthodox Easter dates are often different because they are based on the old Julian calendar. Although most of the world now follows the Gregorian calendar, the Eastern Orthodox Church still uses the earlier Julian calendar for calculating the dates of festivals such as Easter that are not fixed. When they happen to occur at the same time, there’s a flurry of activity and a bit of a dilemma between eating all the chocolate and all the flaounes. Thankfully most of us like lamb at Easter, so we’re ok there.

I’m not a churchgoer, though if there was a Greek church near me I’d probably pop in just to light a candle, and immerse myself in the smell of beeswax and incense. Greek Church incense is one of my favourite smells. It gets into the very walls and furnishings of places and never leaves.  I’d burn it at home if I could but my husband would hate it.

I really wanted to make a Cypriot version of hot cross buns. I wanted them to be savoury not sweet, but still with a nod to Greek tradition, with the red eggs. Cypriot Easter pastries – flaounes – have many delicious, scented ingredients in them, and I wanted all of those in my baked creation. There had to be halloumi and mint. There had to be sweet bombs of sultanas, a hint of sesame and cinnamon and there just had to be the underlying resinous scent of mastichi. So off I went.

You can put red dyed quail eggs in them, or pipe crosses, or just brush with beaten egg and sprinkle sesame seeds, it’s entirely  up to you.

Things that I never knew, that I know now: You cannot reliably dye quail eggs, as the speckles are not shell-deep, they’re just a very thin layer. I ended up with white eggs, and all of the patterns slid off into the sink. The whitened eggs took the colour afterwards, once I found proper egg dye. Things I do so you don’t have to.

Note: I used a food processor for the cheese mix, and a stand mixer for the dough itself, because it’s just far easier on my rubbish hands, but if you are able bodied you can just as easily grate the cheeses, finely chop the mint and make the dough by hand with the handle of a wooden spoon and elbow grease.

1 bunch fresh mint (leaves only, I’d say about half a packed cup)

500g strong white bread flour, plus extra in case the dough is too sticky, and for dusting when you knead to bring it together

Cube the halloumi and cheddar.

Strip the mint leaves off the stalks.

Pop all of this plus the dried mint and cinnamon into a food processor and whizz until it is fine crumbs.

Mix in the sultanas and then leave it to sit while you make the dough.

Tip the flour into a large mixing bowl/stand mixer and add the salt, sugar, yeast, ground mastic and cinnamon then give it a good mix.

Add in the butter, water, milk and egg then 2-3 cups of the halloumi/cheddar/mint mixture. Add as much as you wish, or as much as you think the dough will take. I used 2 cups of it, but I think it could take 3.

Now mix everything to a dough, starting with a spatula and finishing with your hands until it is all combined, evenly mixed and leaves the bowl clean. (I used the dough hook on low so that nothing splashed out of the bowl)

If it is too sticky to be cohesive, add flour 50g at a time until it comes together into a ball. It will be a little tacky because of the mastic.

Next cover the bowl with a polythene bag (I used a shower cap) and leave it at room temperature to rise – it will take about 1½ hours to 2 hours to double its original volume. It does go whoosh a bit nearer to the end time.

Turn the dough out on to a clean work surface (you shouldn’t need any flour) and press out the air.

Now divide the mixture into twelve using a palette knife. (I weighed each piece as I’m like that)

Take one piece of the dough and shape it into a round then roll it between the fingers of each hand, keeping your hands flat, to form a fairly smooth round ball (this should only take about 10 seconds or so) then do the same with the remaining pieces of dough.

This video helps a lot!

Arrange them on the lined or greased baking sheet (allowing plenty of room for expansion).

Poke a hole in each one and pop in a red quails egg if you want to, or just pipe crosses on all of them after they have risen, if you want the least faff version.

Leave them to rise on the lined baking sheet inside a large, lightly greased polythene bag for 45 minutes to an hour, or again until about double the size.

Mix the cross ingredients together. It has to be smooth enough to pipe (I used a disposable, small piping bag).

Once the buns have risen, pipe the crosses on OR brush gently with beaten egg and sprinkle with sesame seeds. Also less faff.

Bake for 17 minutes at 200C until well risen, browned and sounding hollow when the bottoms are tapped.

I have resisted these all weekend, as I’m taking them to work, but I gave in and tried one. They are delicious. Exactly how I wanted them to be. Savoury, with an overtone of cheese, and small sweetness pockets from the sultanas. I will absolutely make these again. 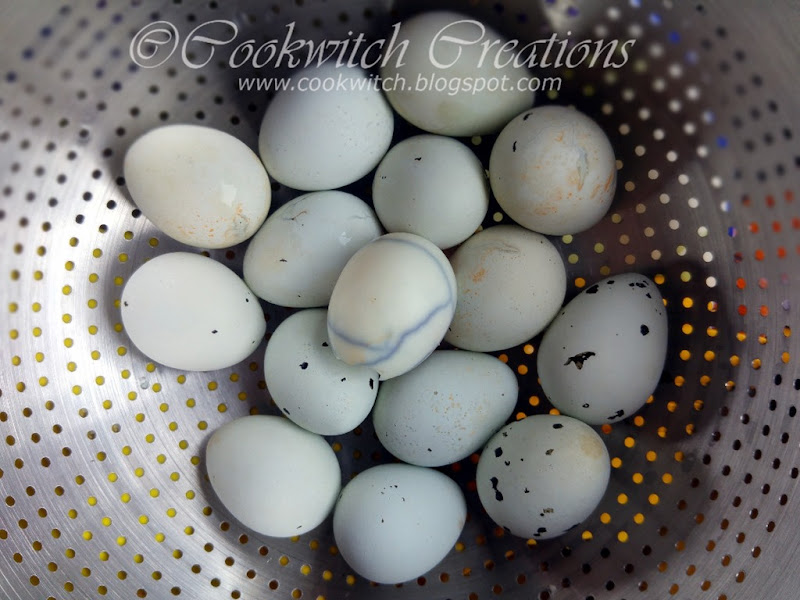 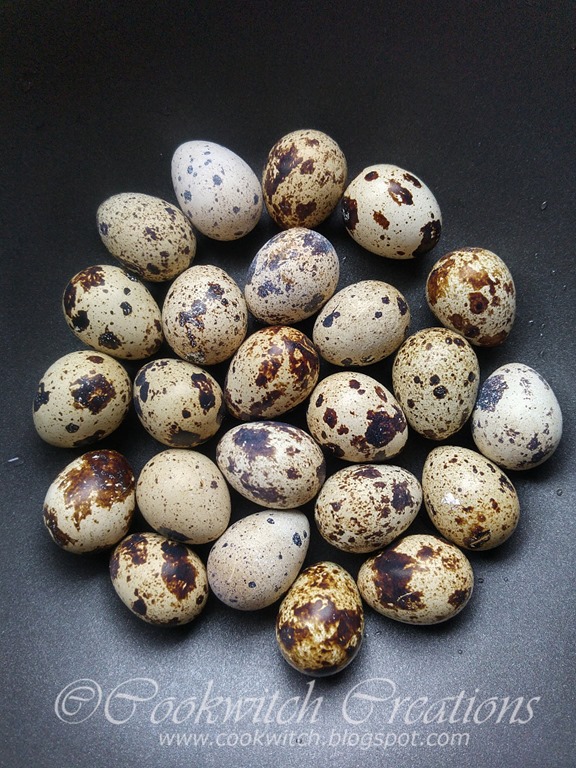 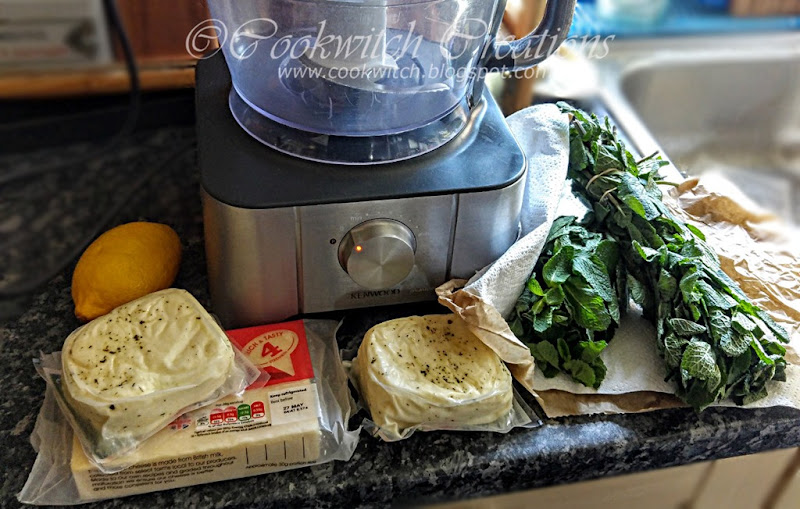 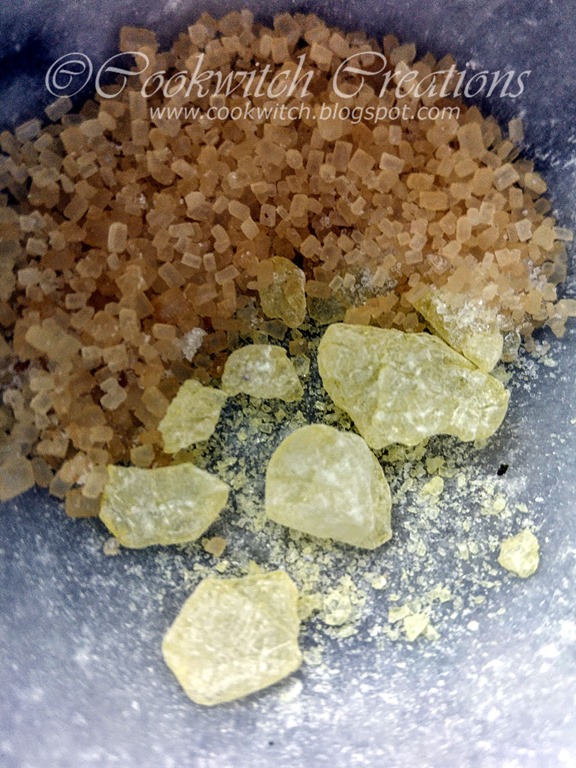 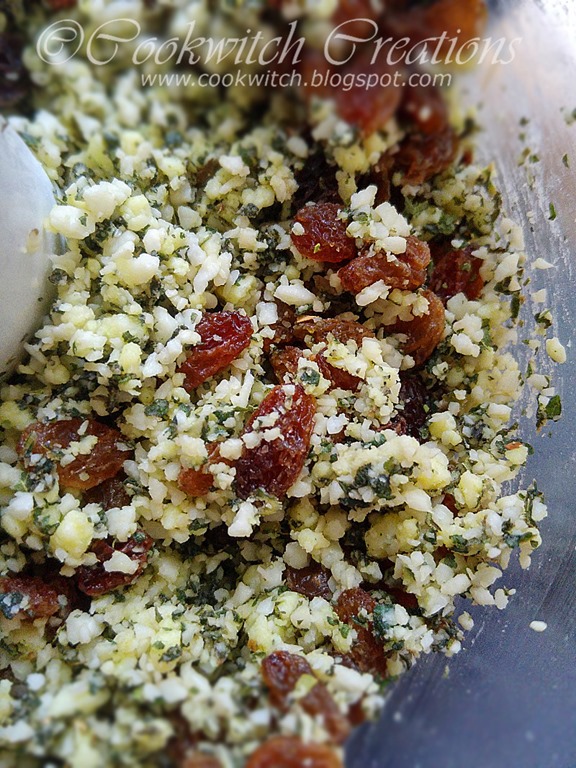 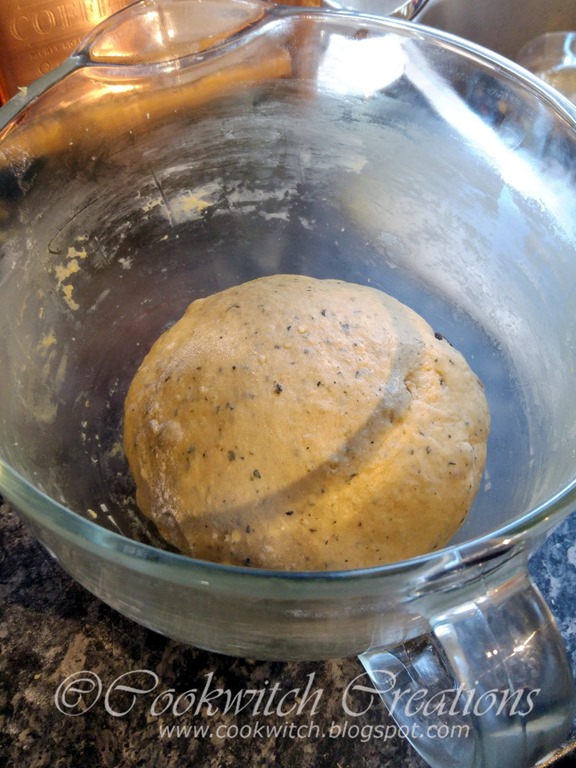 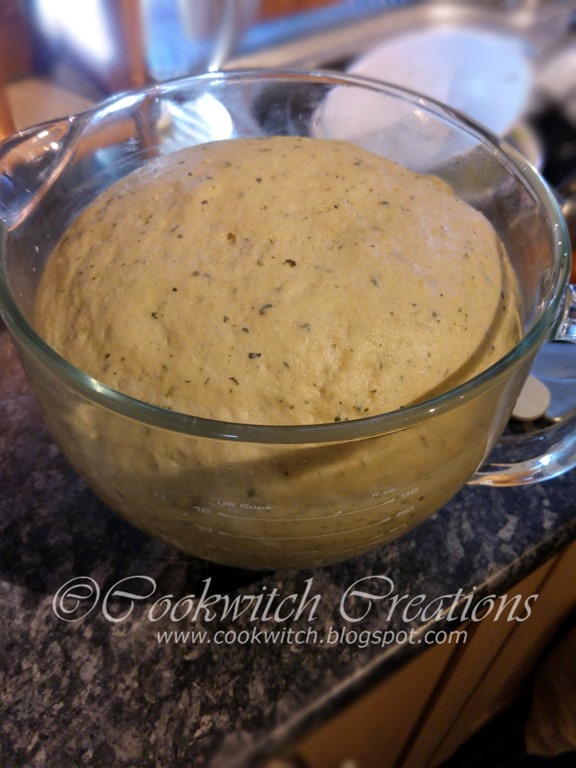 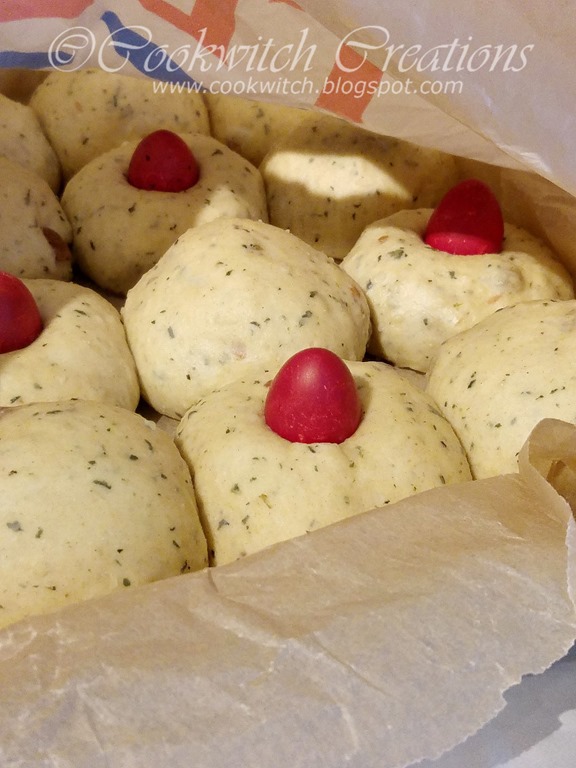 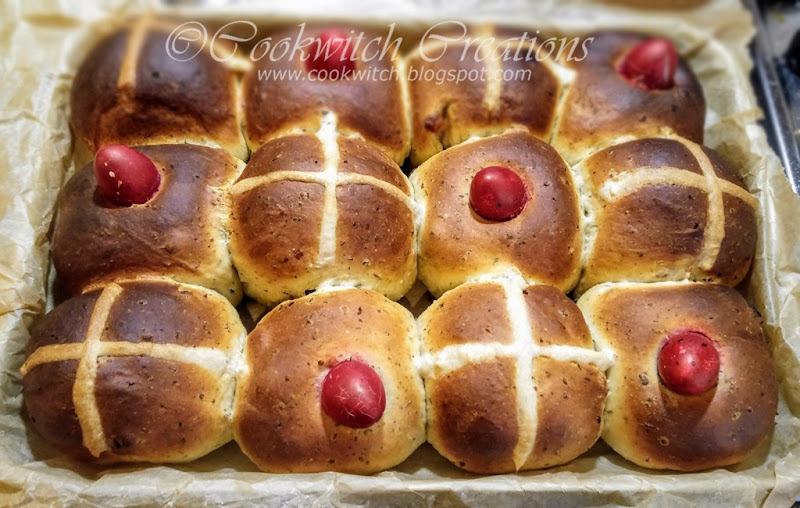