You know how sometimes a cooking method can escape you time and time again, and then one day you read one more account of how to do it, and it all makes sense? Today I had that with artichoke prep.

Not the big globe ones, but the smaller, purple ones. Perfect little flower heads that, nonetheless, still have something of the Audrey II about them. I’ve never really felt that I’d got to grips with them, until today when I read a passage in Giorgio Locatelli’s book Made in Italy, and boom, there it was. Once I have a visual on how something works, I can usually get it right (not always!) and he painted a good picture. This is very important for me, as I adore the things.

First, of course, you have to prepare them, which isn’t as complicated as you might think. Start by taking the artichoke in one hand and, leaving the stalk on (because it makes the artichoke look more elegant), snap off and discard each outside leaf in turn, stopping when you get down to the tender, pale green-yellow leaves. Next, with a small sharp paring knife, peel off the stringy outside of the stalk and work around the top of the stalk at the base of the artichoke, trimming and scraping away the base and turning the artichoke as you go. Finally, trim off the pointed tops of the remaining leaves, then cut each artichoke in half lengthways and use a spoon to scoop out and discard the hairy choke from each half (it will be very small, as the artichokes are not fully developed). To prevent the artichokes discolouring, rub them with a halved lemon, then keep them submerged in a bowl of water with a squeeze of lemon juice added (or vitamin C, which you can buy from health food shops) until you are ready to use them. ~ Locatelli, Giorgio. Made in Italy: Food and Stories (Kindle Locations 1133-1140). HarperCollins Publishers. Kindle Edition.

I’d just bought four of them at Borough Market, along with some Greek flat noodles and graviera from Oliveology, so as soon as I got home I set to it, though my artichokes didn’t have long stalks, so no faff required there. The only salt you need is in the pasta, as the cheese and butter have enough. (I’m sure chefs would tell me otherwise.)

Prep the artichokes like Giorgio says. I cut mine in half to get the choke out, then in half again, and submerged them in water with a squeeze of half the lemon in it.

Graviera cheese, or fresh pecorino, grated – how much is up to you!

At the same time put a small pan of water on to boil, and salt it.

Pat the artichokes dry, then put them cut side down into the foaming browned butter. Careful, it will splutter a bit.

Turn them with tongs to get them all coated.

Add the noodles to the boiling water.

Keep turning and basting the ‘chokes until every side is full of the butter, add 1 tbs of the pasta water, then turn the heat down, and put a lid on so they can cook through. When a knife pierces the stalk end easily, they are done.

When the noodles are cooked, drain and add to the ‘choke pan. Mix in really well so they get coated too.

Serve in a bowl, because you don’t want to lose any of that butter, and top with a cloud of grated cheese and an extra spritz of fresh lemon.

I will happily admit that upon the first mouthful of artichoke, I just closed my eyes and luxuriated in the taste. I think I’m going to go buy some more… 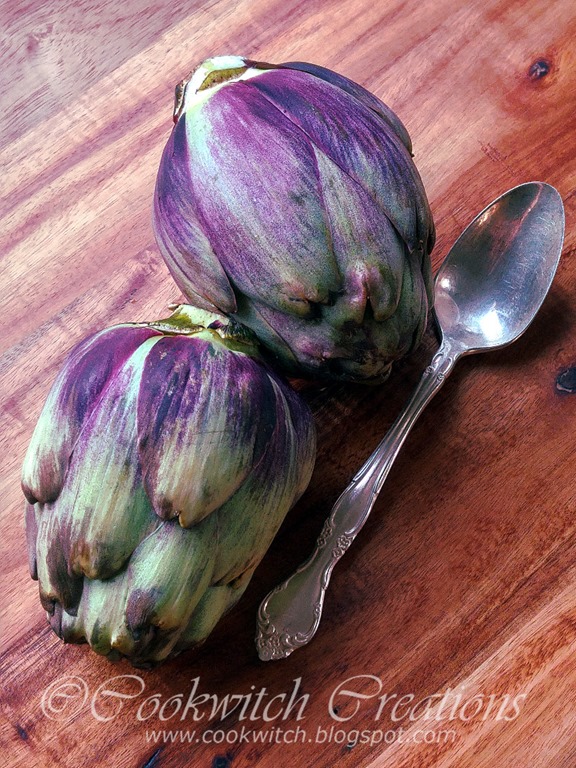 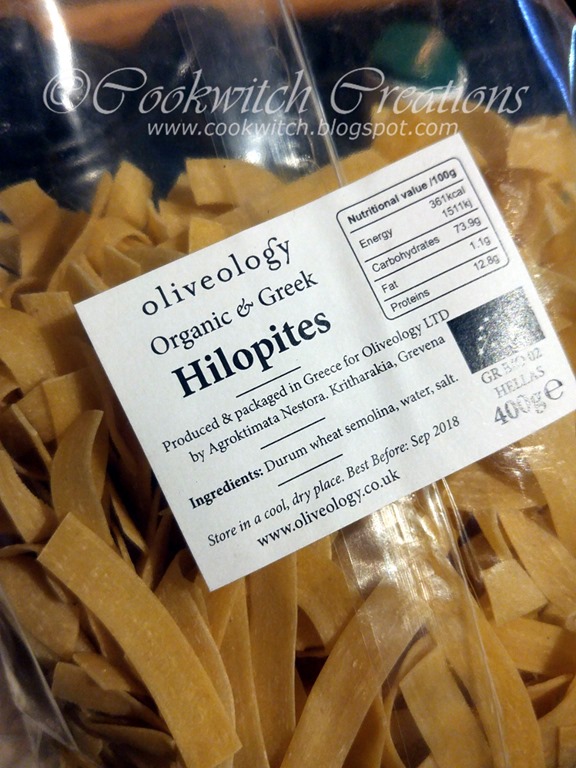 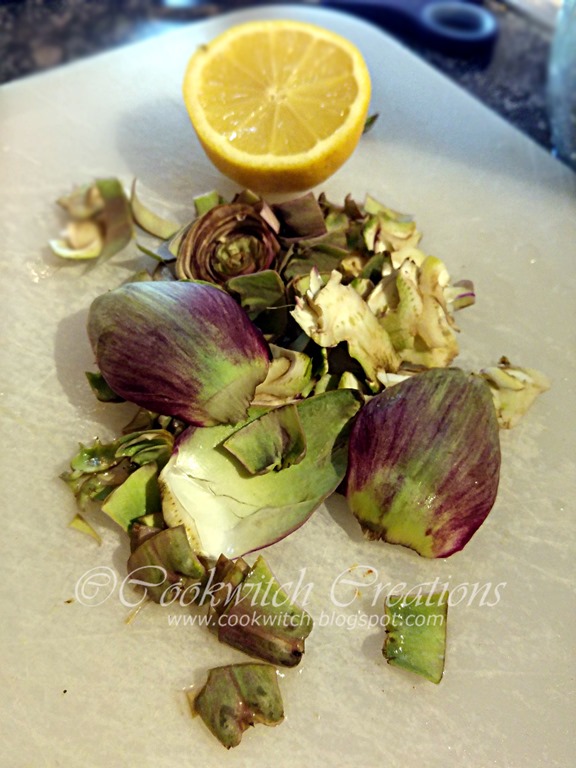 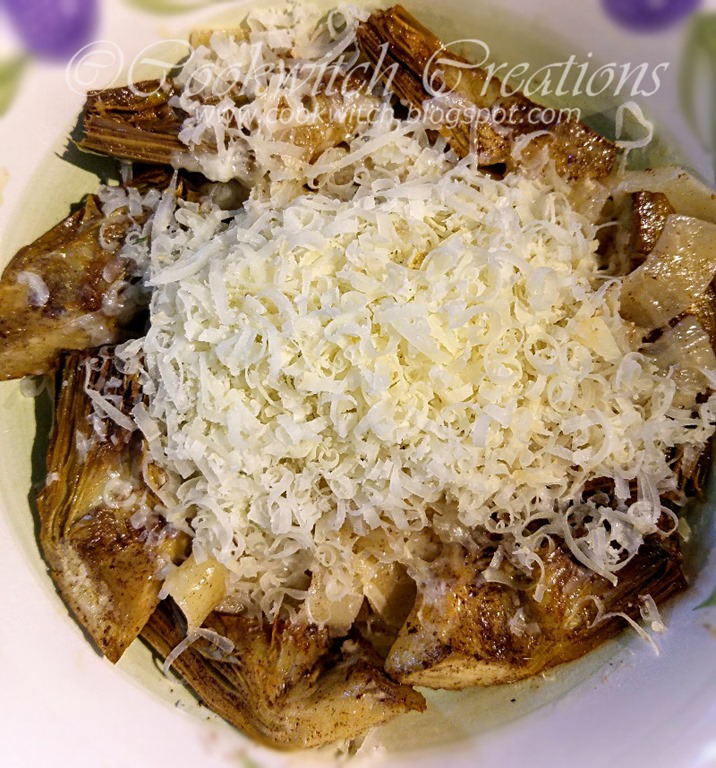