I’m currently reading Istanbul & Beyond. There’s so much more to Turkish cuisine than the meat and salads that we usually see here.

“Standing at the crossroads between the Mediterranean, the Middle East, and Asia, Turkey boasts astonishingly rich and diverse culinary traditions. Journalist Robyn Eckhardt and her husband, photographer David Hagerman, have spent almost twenty years discovering the country’s very best dishes. Now they take readers on an unforgettable epicurean adventure, beginning in Istanbul, home to one of the world’s great fusion cuisines. From there, they journey to the lesser-known provinces, opening a vivid world of flavours influenced by neighbouring Syria, Iran, Iraq, Armenia, and Georgia.” 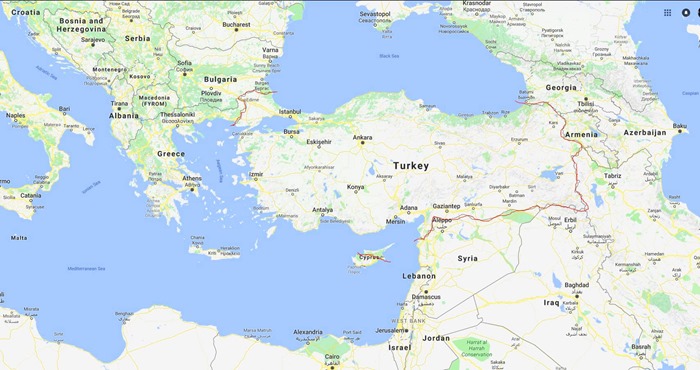 The book takes you through so many regions, and shows you how much things differ. It pretty much makes you hungry in every part of that vast nation. Yes, there’s breads, and amazing cheeses – not just feta style and hellim (halloumi) – but there are so many dishes that you just don’t see in restaurants. Recently I ate at a Turkish restaurant in London, and made a beeline for the one thing on the menu I had never heard of, especially when they said “It’s what our grandmothers cook at home.” Sold. Immediately. That’s the food that I really want to know about, and Istanbul & Beyond brings you that.

For more, go get the book. Really. It’s beautiful, and learned; kind and generous like the peoples it writes about. You may find yourself inspired like I was.

I’d read a recipe involving slow braised leeks, and happily I had two fat leeks waiting to be used. I also knew I had some lamb mince, and I always have a tin of chickpeas knocking around. Off we went.

This is a gentle dish, quite soothing, and easy to eat. Even though the broth has such a rich colour, it’s actually quite light. (It will set up a bit when cooled, due to the lamb fat.)

2 leeks trimmed of any hardened leaves

2 tbs Turkish red pepper paste (use mild or spicy, your choice, most Turkish shops stock this)

1 tsp pul biber (most Turkish shops stock this too)

Add the lamb to a large pan, and cook until it turns brown. Don’t drain the fat off, it’s all flavour.

While that’s cooking, split the leeks into quarters lengthways, then cut into 2 inch pieces. Wash thoroughly to get rid of any sand.

Once the lamb is browned, stir in 2 good spoons of the pepper paste and the tomato puree. Mix well, and cook it out for a few minutes.

Add in the leeks, mix very well to coat, then cover the leeks three quarters of the way with water.

Add in the chick peas, and the spices, then stir well to combine.

Cook until the leeks have all wilted down, probably around 50 minutes or so.

Season with salt to your taste.

You can leave this to cool, and lift out any fat if you wish but…well, I certainly do not.

Serve with either feta or thick, strained yoghurt, and a good amount of bread to dip in the sauce. 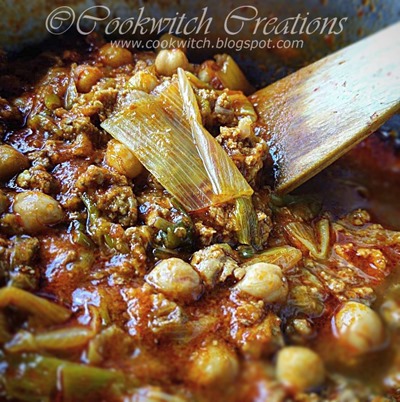 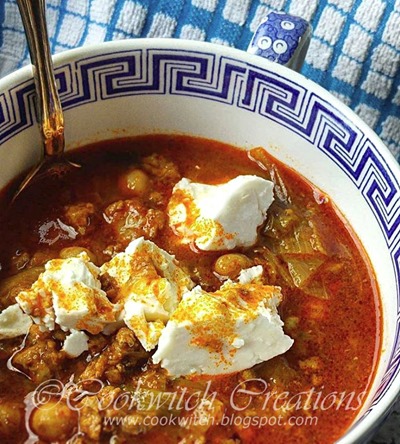 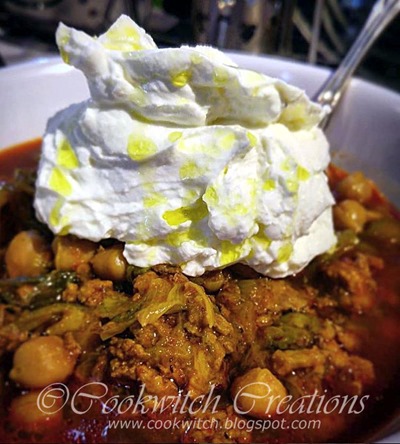