Sometimes, you just get a hankering for something, and there it is in the shop, looking at you all bright and shiny. I love red and yellow and orange peppers, although I never used to, but green eluded me. I find them bitter, most of the time, but then I had them chargrilled at a Turkish restaurant, and was able to cope with a small amount. Over time I’ve got used to them, but not enough to eat them raw. Still too bitter for me that way, but I can eat them if they have been cooked until they’re properly dead. They mellow, and surrender their bitterness to become soft and tender, with a hint of sweetness.

I had a traffic light set of 3 that had called to me, and I knew I had Turkish sweet red pepper paste that needed using, so off I went.

3 peppers, the stalk end cut off to form a lid and the seeds and membranes inside removed

1 tbs red pepper paste (or you can use tomato puree)

Measure one cup of medium bulghur in a measuring jug, then cover it with boiling water up to the 1.5 cup measure on the jug.

Add in the paste, spices, carrot, salts and oil and mix everything really well. Don’t worry, you won’t damage the wheat.

Let it sit, covered with cling film, until the water is all absorbed.

Stuff the peppers with what you can, then place the rest of the wheat in the base of a lidded casserole, stand the peppers in it, pour over the extra half a cup of oil – and quarter cup of water then bake for a good 2 hours until they collapse a bit.

It’s cooked, but not soggy, so hopefully the steam from the peppers and extra bit of water in the dish will fluff it all up.

I baked them at 170C fan for 2-3 hours, until the peppers were very soft and tender.

They are even better left overnight and heated up the next day, or even the day after. 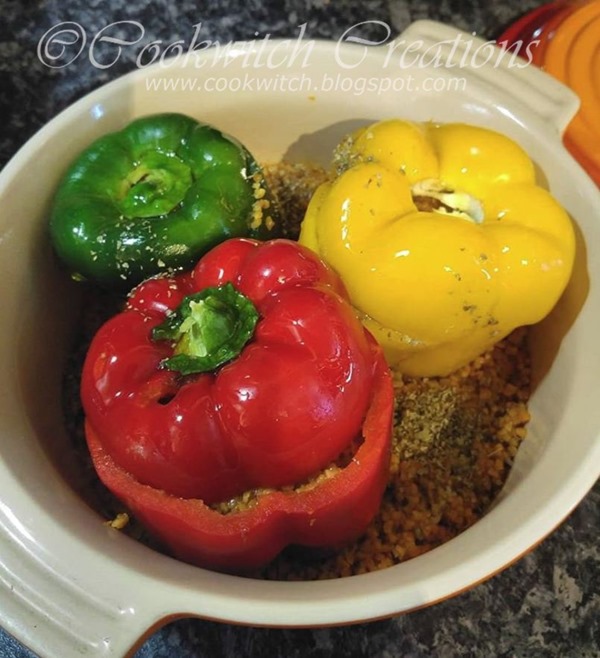 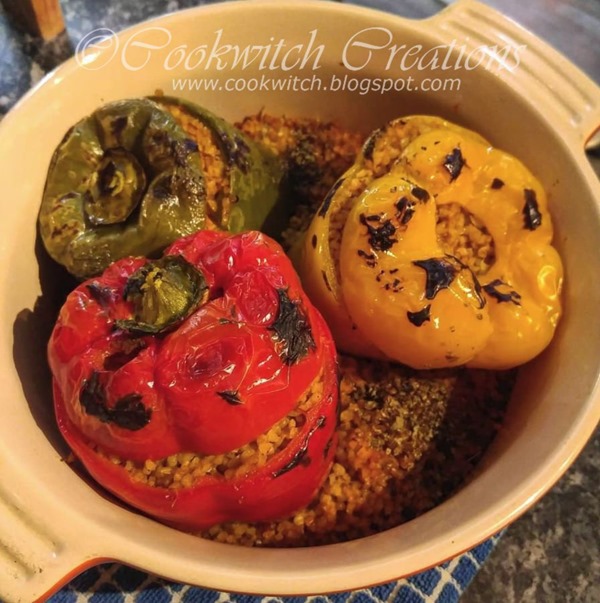 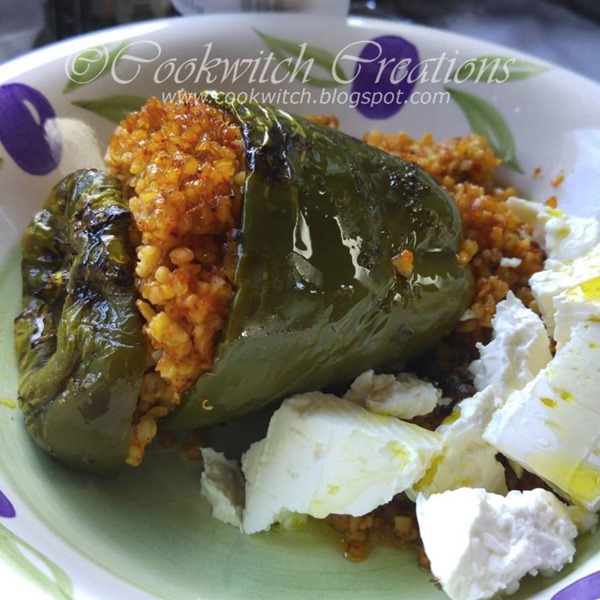