I’ve had a hankering to make small, almondy cakes for a while now. I remembered reading that Chloe had made Friands, and they looked so fabulous, that I think they’ve been in my brain ever since, so when I happened across a recipe for Financiers, I had to make them. That’s a very good site, and I do love a nice video to check things against.

Making the browned butter was interesting. Mine didn’t get the ‘milk solids falling to the bottom’ thing that happened in the video at all. 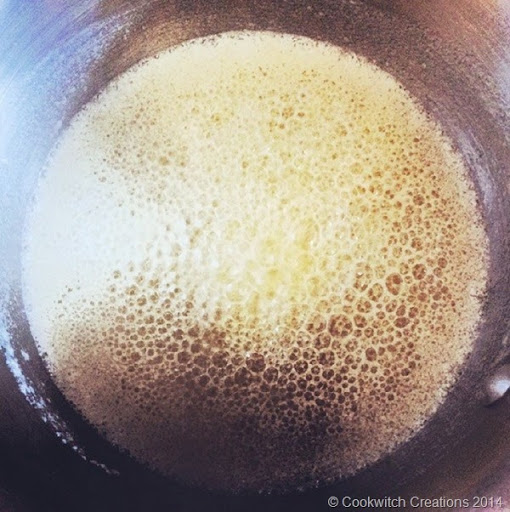 The liquid butter just got darker and darker. Maybe the difference between American and Irish (Kerrygold softer) butter? Who knows. It smelled fabulous though. So much so that I want to make a huge batch of it and use it in everything. It was richly buttery and smelled of caramel, like having a pan full of the taste of Werther’s.

Now. You see where is says to use 113g/half cup butter in the recipe? It isn’t. You use 113g/half a cup to make the browned butter, and use a THIRD of a cup in the recipe. I wondered why I didn’t have any left over! Still TASTY cakes.

Instructions taken from the website, my amendments in italics.

Preheat the oven to 400 degrees F (200 degrees C) with the oven rack in the centre of the oven. Place 12 rectangular or boat shaped tartlet moulds (each holds about 2 tablespoons of batter) on a baking sheet. (Can also use mini muffin cups. I used silicon muffin moulds.)

Place the butter in a small light coloured saucepan over medium heat. Once the butter has melted let it come to a boil, swirling the pan occasionally. As it boils you will notice that a foam will appear on the butter’s surface. Continue to cook the butter until it looks clear and the milk solids have dropped to the bottom of the pan and have turned golden brown. Remove from heat and immediately pour through a cheesecloth-lined strainer. Let cool to room temperature. You will need 1/3 cup (80 ml) of brown butter. Use the leftover brown butter to butter the moulds (use a pastry brush). (I used the cheesecloth I had strained the butter though.)

In a large bowl whisk together the flour, ground almonds, confectioners sugar, and salt. Make a well in the centre and fold in the lightly beaten egg whites, vanilla, and the brown butter. (Here I also added 1 tsp almond extract.)

Fill each mould almost to the rim and bake for about 4 minutes (batter is set around the edges but still soft in the centre). Remove from the oven and gently place one or two fresh raspberries on top of each. Bake a further 5-7 minutes or until the Financiers have become golden brown around the edges and are springy to the touch. (I did not do this. No raspberries. I baked them for 12 minutes until done, in muffin trays that I half filled.)

Remove from oven and let cool on a wire rack. These are best eaten warm from the oven, but they can be covered and stored for a few days at room temperature or in the refrigerator.

I used the last little bit of leftover batter to fill madeleine moulds and baked for 5 minutes. They work very well! 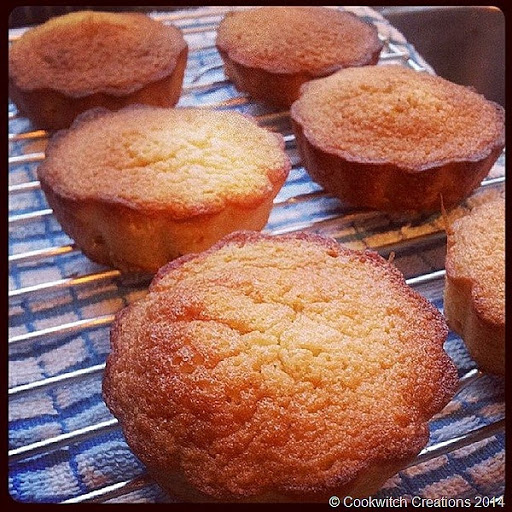 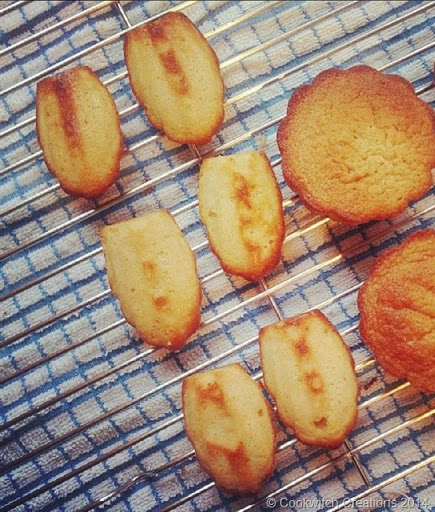